Peter Shannon & Co. > Top of the News > Estimated tax payments: Who owes them and when is the next one due?

Estimated tax payments: Who owes them and when is the next one due? 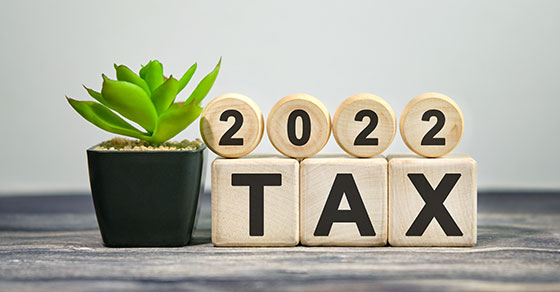 If you don’t have enough federal tax withheld from your paychecks and other payments, you may have to make estimated tax payments. This is the case if you receive interest, dividends, self-employment income, capital gains or other income. Here are the applicable rules for paying estimated tax without triggering the penalty for underpayment.

When are the payments due?

Individuals must pay 25% of a “required annual payment” by April 15, June 15, September 15, and January 15 of the following year, to avoid an underpayment penalty. If one of those dates falls on a weekend or holiday, the payment is due on the next business day.

So the third installment for 2022 is due on Wednesday, September 15. Payments are made using Form 1040-ES.

How much should you pay?

Most people who receive the bulk of their income in the form of wages satisfy these payment requirements through the tax withheld by their employers from their paychecks. Those who make estimated tax payments generally do so in four installments. After determining the required annual payment, divide that number by four and make four equal payments by the due dates.

But you may be able to use the annualized income method to make smaller payments. This method is useful to people whose income flow isn’t uniform over the year, perhaps because of a seasonal business. For example, if your income comes exclusively from a business operated in a resort area during June, July, and August, no estimated payment is required before September 15.

Who owes the penalty for underpaying?

However, the underpayment penalty doesn’t apply to you if:

In addition, the IRS may waive the penalty if the failure was due to casualty, disaster or other unusual circumstances and it would be inequitable to impose the penalty. The penalty can also be waived for reasonable cause during the first two years after you retire (and reach age 62) or become disabled.

Do you have more questions?

Contact us if you think you may be eligible to determine your estimated tax payments under the annualized income method, or you have other questions about how the estimated tax rules apply to you.